Staff from BirdWatch Ireland conducted a census of breeding seabirds on Lambay Island off North Co. Dublin between 2nd and 8th June 2015. The work was carried out as part of the national cliff nesting seabird survey commissioned this year by the National Parks and Wildlife Service.

Many thanks to The Trustees of the Lambay Estate Company for their hospitality and consent to survey on the island and to Skerries Sea Tours for transport.

Below is a series of pics detailing our recent survey work on Lambay. 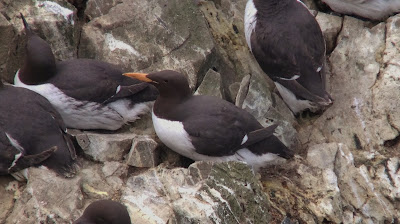 A unusual looking yellow-billed Guillemot was seen. Other examples of this aberrant colour variation have been recorded on Bardsey, Isle of May, Bass Rock and Newfoundland.

Some seabird ringing was also carried out, here allowing for an up close and personal look at a stunning 'bridled' Guillemot. An approximate total of 1.3% of Guillemots in study plots showed this plumage variation. 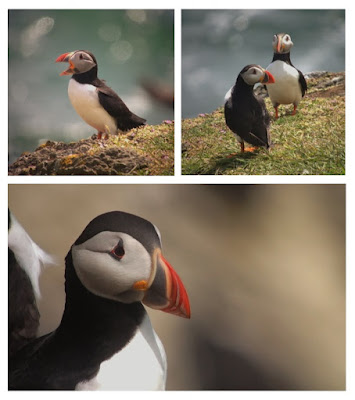 Puffins on Lambay Island are limited in their distribution and breeding success due to depredation by rats. They seem to be holding on however with over 250 individuals recorded by the seabird survey team.

An adult Kittiwake found tangled up in marine litter was rescued by Niall Tierney and Dr Steve Newton. 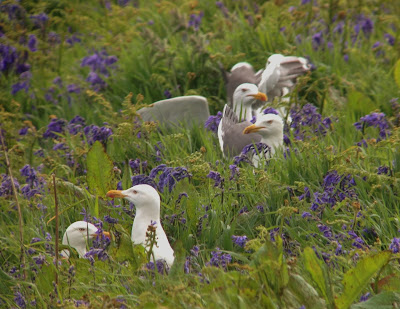 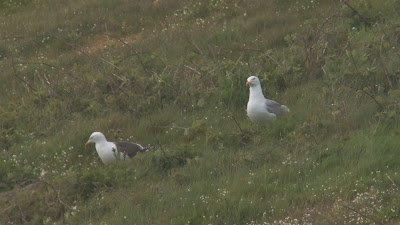 We observed this mixed pair of Lesser Black-backed Gull (left) and Herring Gull (right) building a nest together. It is not unusual to find mixed pairs of gulls at busy colonies across Ireland and Britain, especially when closely related species can often nest side by side. They are capable of breeding successfully and producing some confusing looking hybrids! 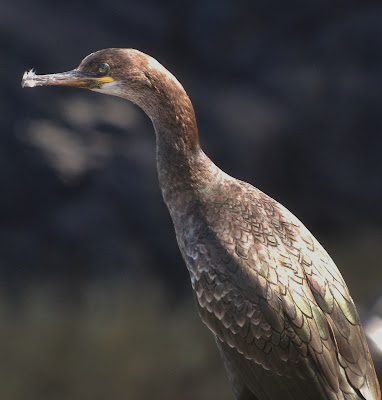 Most of the Shag nests recorded on the island were still incubating eggs or tending to young chicks. A small number of fully fledged juvenile Shags, such as this bird, were also seen. 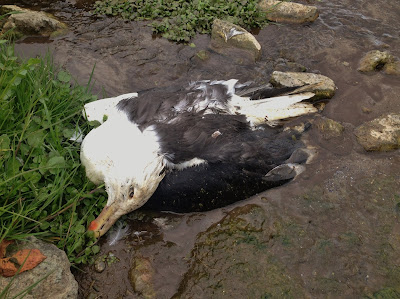 Later in the week we were joined by Heidi Acampora (PhD student at GMIT). Dead seabirds such as this Great Black-backed Gull were collected to investigate for the presence of ingested plastic as part of Heidi's research project. See the Plastic Tides blog for more information. 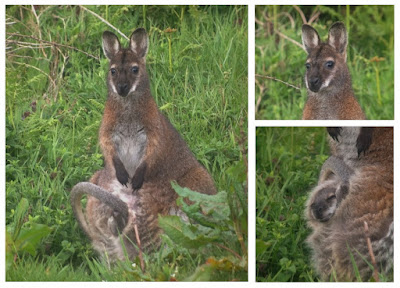 We also recorded other wildlife inhabiting the island during our stay including the curious population of Red-necked Wallabies (introduced here in the 1950's) with up to 30 individuals seen on any given day. Here a mother wallaby is seen with her joey.
Posted by nialltkeogh at 15:14 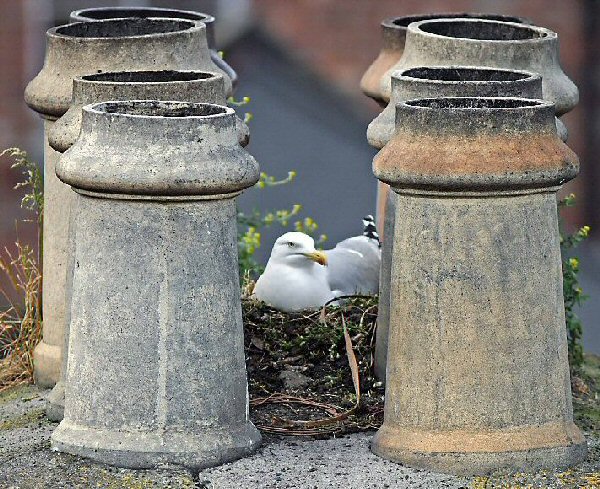